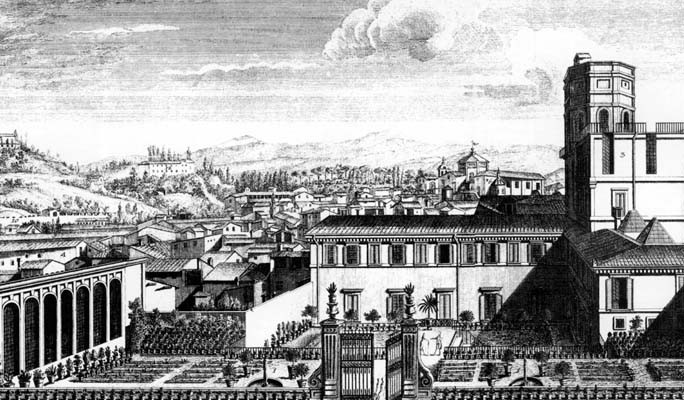 The Imperial and Royal Museum of Physics and Natural History was established in 1775 by Grand Duke Peter Leopold of Lorraine and was one of the first museums in Europe to open to the public and the first to present nature in its entirety.

The idea to gather in a single location the “natural products” present in the Uffizi Gallery dates to 1763, when the Florentine naturalist and scientist Giovanni Targioni Tozzetti compiled the first catalogue of all the naturalistic specimens in the Gallery on behalf of the grand-ducal government. Read more

End of the Enlightenment vision, the Museum becomes ever more “specialized”

The Lyceum experiment ended after the restoration of the Lorraine government in 1814 and the Museum was destined to become a place of “private pleasure” of the Grand Duke. The “Poccianti Corridor” (named after the architect Pasquale Poccianti) was built around 1820 and connected the Grand Duke’s residence Palazzo Pitti with the Museum. It is the southward continuation of the Vasari Corridor which passes from Palazzo Vecchio through the Uffizi to Palazzo Pitti, creating a raised walkway unique in the world that connects art and science. Read more

At the end of the 19th century, many of the collections housed in La Specola were transferred to other premises

Thus began the dispersion of the various teaching courses: disciplines such as chemistry and physics felt increasingly distant from the natural sciences, even though they all had the common denominator of the strong trend towards specialization; the naturalist had become either a zoologist or a botanist or a geologist or a mineralogist and he demanded both scientific and administrative independence but above all new spaces. The concept of the unitary museum was in decline and there began a period of some 20 years in which the collections were transferred to various Florentine buildings. In 1872, astronomy became the first discipline to have its museum collection moved away from La Specola, in this case to the new Arcetri Observatory. Read more

The rebirth of the Museum

The rebirth of the museum began in the 1970s thanks to the renewed sensitivity to nature and the environment around us. There was the realization that the Earth does not have infinite resources and all its essential components must be protected. The naturalistic specimens that were deemed unnecessary became once again a key element for study, comparison and learning. Read more