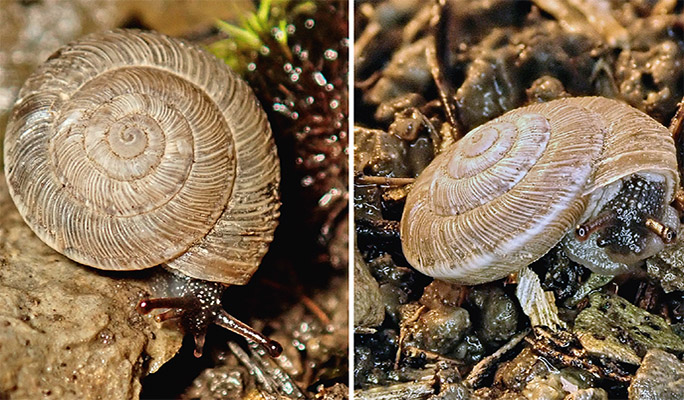 The “references” and the Museum of Natural History

“Reference” is the specimen on the basis of which a new species, not yet included among those known to science, is described. A “reference” is used as a comparison for all subsequent studies concerning organisms in that group.

The Museum of Natural History of Florence preserves many “references” of species described in the past, but many others are recently acquired also thanks to the discoveries of the researchers of the Museum, with increased prestige for the Museum itself.

A new species of terrestrial shellfish in Italy

Of great importance are the field trips in exotic countries, still under studied, but no less relevant are the surveys on the Italian territory. Today it is still possible to discover animals that have remained invisible to the work of zoologists of the past.

This is the case of a small terrestrial mollusc, Candidula conglomeratica, discovered in Liguria and described in a scientific work by Marco Bodon and Simone Cianfanelli, curator of the malacological collections of the Museum 'La Specola'. The species is quite rare and present only in a limited area. A team composed of researchers from institutions in Spain and Germany cooperated in the investigation.