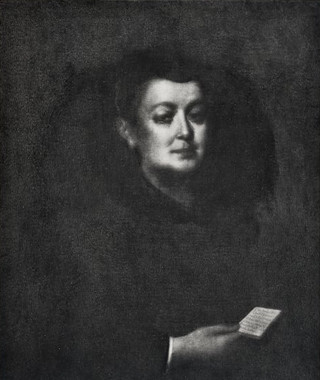 Eleonora Ramirez de Montalvo (Genoa, 6 July 1602 - Florence, 10 August 1659) was born from the illegitimate union of Elisabetta Torrebianca and Giovanni Ramirez De Montalvo, second son of Don Antonio, a Spanish nobleman who had received from Cosimo I the title of Knight Commander of Order of Saint Stephen and the fief of Sassetta, in the countryside of Pisa. The father of Eleonora, unlike his grandfather, did not enjoy the favour of the Medici and Eleonora was born during an escape from the Florentine dominion. The Grand Duke granted her father the return to Tuscany by confining him to Montevarchi where, two years after the birth of Eleonora, he married her mother from whom he had a second son, Francesco, who was to die shortly thereafter in 1607.
From monastic adolescence to sudden marriage

When she was nine years old, Eleonora returned to Florence, and was placed by her mother as a convent-school girl in the monastery of the Clarisse of San Jacopo in Via Ghibellina and, once eighteen, taken away by her own mother to be married without notice to Orazio Landi, a Florentine patrician. Since the marriage the spouses lived separate, for reasons that seem to be related to the state of health of the husband.

While her husband, struggling with financial difficulties lived retired in his villa in Mugello, Eleonora moved to her brother's house where she welcomed, starting from 1626, the first orphan girls in order to take care of their education. For about twenty years she devoted herself to the spiritual education of women, overcoming slander, suspicions and ecclesiastical inspections, and searching continuously for housing best suited to the norms of life established by her for this all-female community, to develop her own constitution which, approved on 25 October 1645 by the then Archbishop Niccolini, sanctioned the official birth of the first of the two lay congregations founded by Montalvo: the "Ancille of the Holy Virgin Mary Mother of God".

Having purchased the Villa della Quiete from the Medicis, she took possession of it on 11 June 1650 together with the "Ancille of the Holy Trinity", the second congregation she founded. In 1657 the Villa housed thirty-three "Ancille". The girls would enter the convent between the ages of five and seven, and at fifteen they could then decide whether to marry, become a nun or stay in the Congregation to devote themselves to prayer and the education of other young girls.